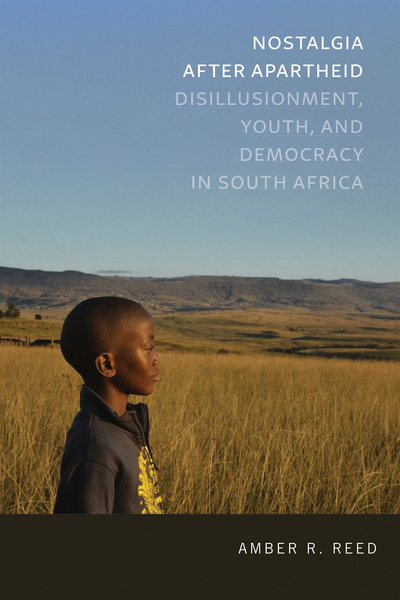 "Nostalgia after Apartheid" by Amber Reed

The University of Notre Dame Press is delighted to announce that Amber R. Reed is the recipient of this year’s Margaret Mead Award, based on the remarkable applied scholarship that is reflected in her recent book, Nostalgia after Apartheid: Disillusionment, Youth, and Democracy in South Africa.

In this engaging book, Reed, an assistant professor of international studies at Spelman College, provides a new perspective on South Africa’s democracy by exploring Black residents’ nostalgia for life during apartheid in the rural Eastern Cape. Reed looks at a surprising phenomenon encountered in the post-apartheid nation: despite the Department of Education mandating curricula meant to teach values of civic responsibility and liberal democracy, those who are actually responsible for teaching this material (and the students taking it) often resist what they see as the imposition of “white” values. Beyond simply being a case study, Nostalgia after Apartheid shows how, in a global context in which nationalism and authoritarianism continue to rise, the threat posed to democracy in South Africa has far wider implications for thinking about enactments of democracy.

The Margaret Mead Award, offered jointly by the American Anthropological Association (AAA) and the Society for Applied Anthropology (SfAA), is presented to a younger scholar for a particular accomplishment, such as a book, film, monograph, or service, which interprets anthropological data and principles in ways that make them meaningful to a broadly concerned public. The award will be presented during the AAA Annual Meeting, November 17-21, 2021, and again at the SfAA Annual Meeting, March 22-26, 2022, in Salt Lake City.

University of Notre Dame Press Editor in Chief, Eli Bortz says, "We’re thrilled for Amber’s success; her book is a classic example of authorial commitment and strength of vision. We are proud that the Kellogg Institute Series on Democracy and Development selected her book for inclusion in its prestigious series. Now we champion her work as an award winner."

Launched in 1985 with an emphasis on Latin America, the Kellogg Institute Series on Democracy and Development, edited by Paolo G. Carozza, Director, Kellogg Institute for International Studies, University of Notre Dame, and Aníbal Pérez-Liñan, University of Notre Dame, now encompasses Europe, Africa, Asia, and other developing regions of the world. It includes nearly 75 titles.

The book is available in hardback and digital editions from University of Notre Dame Press. We encourage you to buy the book at your local independent bookstore either in person or online. For more information, contact Kathryn Pitts, pitts.5@nd.edu, 574.631.3267.