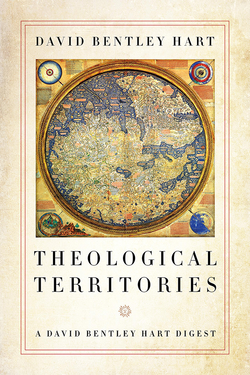 David Bentley Hart’s newest book, Theological Territories: A David Bentley Hart Digest has been named a Best Religion Book of the Year for 2020 by Publishers Weekly. Hart, one of America's most eminent contemporary writers on religion, is an Eastern Orthodox scholar of religion, philosophy, and a cultural commentator. He is the author and translator of fifteen books.… 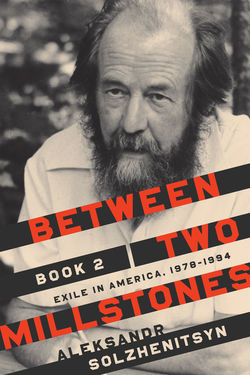 “When you read Aleksandr Solzhenitsyn you know that you are reading and being read by one of the greatest men of the bloody 20th century.” —The American Conservative

Russian Nobel Prize-winner Aleksandr Solzhenitsyn, author of One Day in the Life of Ivan Denisovich, was charged with treason in 1974 and exiled to the West upon publication of The Gulag Archipelago… 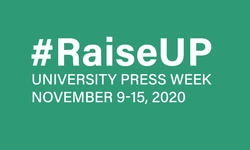 This year, University Press Week is November 9–15, 2020. The 2020 UP Week theme, #RaiseUP, highlights the role that the university press community plays in elevating authors, subjects, and whole disciplines that bring new perspectives, ideas, and voices to readers around the globe—in partnership with booksellers, librarians, and others. University presses use peer review and rigorous editorial processes to ensure that the books being raised up are among the best in their fields. In a time when information moves at faster speeds than ever before, it is critical that books about the most important events and ideas of the day are nurtured, championed, and made widely available.… 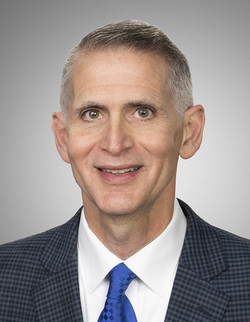 Greg Bourke (ND ‘82), one of the plaintiffs in the landmark United States Supreme Court decision Obergefell vs. Hodges that legalized same-sex marriage nationwide in 2015, has signed a contract with University of Notre Dame Press to publish his memoir. The book, “Gay, Catholic, and American: My Legal Battle for Marriage Equality and Inclusion,” will be published in October 2021.… 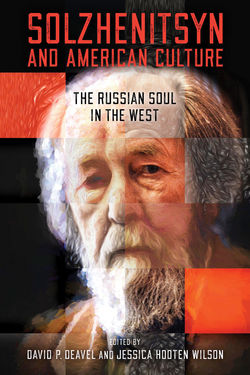 "Readers will be reminded of his courageous witness, but they will also discern more clearly Solzhenitsyn’s integral relation to Russian literary culture and to writers from the West with whom he bore deep affinities. Solzhenitsyn remains a prophetic intelligence for our time." —Paul J. Contino, co-editor of Bakhtin and Religion

“Solzhenitsyn and American Culture is a superb and coherent collection of essays.” —Lee Congdon, author of The Young Lukács

"In reading Solzhenitsyn and American Culture, the mind is enlightened and honed, the will steeled, and our capacity for admiration exercised and nourished. Thanks to the editors and contributors to this volume, they continue to be Solzhenitsyn’s gifts to his American readers." —Paul Seaton, St. Mary's Seminary and University

"Solzhenitsyn and American Culture will deepen Solzhenitsyn's writings in America, which is sorely needed in our country that has ceased to see the purpose and is increasingly willingly to live by lies. We need the wisdom of Solzhenitsyn's reflections on tyranny, so that we can ascend with him to the true heights of man's greatness, which is only found, as he knew, in our Lord." —Richard M. Reinsch II, founding editor of Law and Liberty 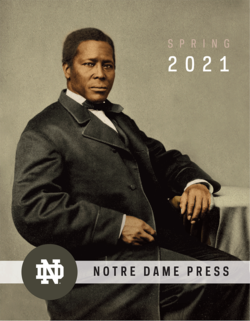 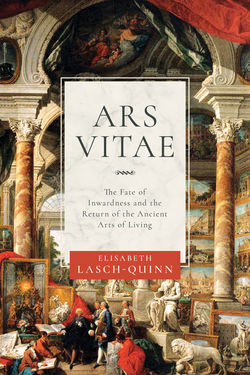 Despite the flood of self-help guides and our current therapeutic culture, feelings of alienation and spiritual longing continue to grip modern society. Elisabeth Lasch-Quinn, whose earlier book Race Experts was reviewed by the New York Times Book Review and The Washington Post, offers a fresh solution: a return to classic philosophy and the cultivation of an inner life. In Ars Vitae…

Read More about What Can the Stoics and Other Ancient Philosophers Teach Us About Our Well-Being and Happiness? 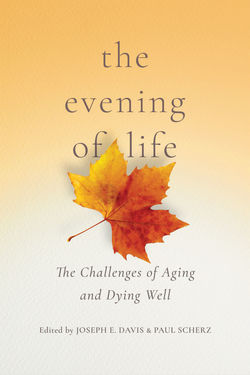 Decline and death are some of the most unsettling aspects of human experience. Across time, philosophy, religion, and civic cultures have helped people prepare for aging and dying “well;” however, this no longer happens. One need only consider the many controversies that frame aging as a problem to be solved—from anti-aging interventions to assisted suicide—to see our contemporary ethical impoverishment. Or we can look at the US COVID-19 deaths, which have taken the largest toll on the the oldest and most vulnerable among us, many in assisted living facilities, to realize that our protection of the frail elderly has not been a high priority. 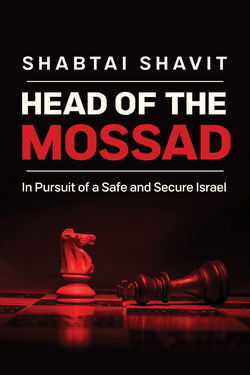 Head of the Mossad: In Pursuit of a Safe and Secure Israel is a brilliant and much-needed book on intelligence, Israeli history, and global security by Shabtai Shavit, the former director of Israel’s principal secret intelligence service (1989-1996). The book was originally published in Hebrew in 2018. The University of Notre Dame Press is releasing the first English translation of the book on September 30, 2020.…

Read More about Shabtai Shavit’s Memoir, "Head of the Mossad," is Available in English 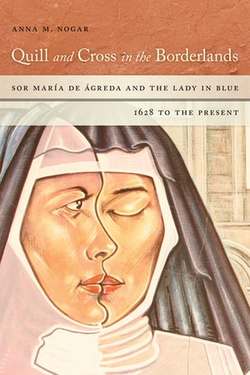 Anna M. Nogar’s book, Quill and Cross in the Borderlands: Sor María de Ágreda and the Lady in Blue, 1628 to the Present, received two awards from the 2020 International Latino Book Awards: first place in the Best History Book category and first place in the Best Religious Book category. The International Latino Book Awards are the largest Latino cultural awards in the U.S. This year there were 297 winners in 96 categories. During the past two decades, the International Latino Book Awards have honored the extraordinary work of 3,194 authors and publishers. The size of the Awards is proof that books by and about Latinos are in high demand. In 2020 Latinos will purchase over $750 million in books in English and Spanish. This year the Awards Ceremony was held virtually… 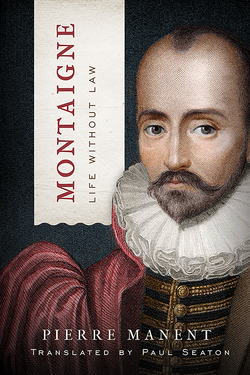 Pierre Manent is one of France’s leading political philosophers. In Montaigne: Life without Law, originally published in French in 2014 and now translated for the first time into English by Paul Seaton, Manent provides a careful reading of Montaigne’s three-volume work Essays… 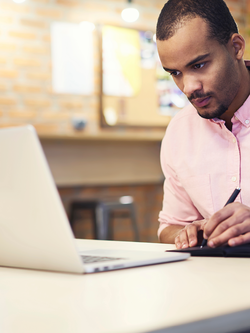 As part of our response to the COVID-19 pandemic, the University of Notre Dame Press made content from digital resources freely accessible to scholars, students, and educators of higher education, helping to ensure instructors who needed to teach remotely had the necessary tools to support their students.… 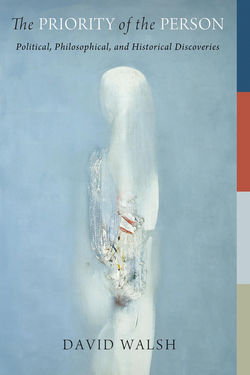 David Walsh is one of the most prominent political philosophers in North America. In his new book, The Priority of the Person: Political, Philosophical, and Historical Discoveries, available this month from the University of Notre Dame Press, he probes our constant conviction that persons matter more than anything else in the universe. Each is an astonishing flash of transcendence in our everyday world. The Priority of the Person… 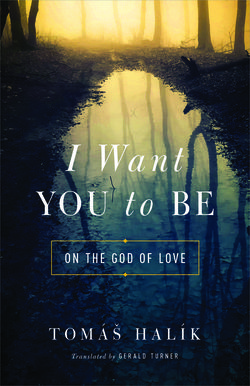 This month, the U.S. Catholic Book Club selected international best-selling author and theologian Tomáš Halík’s book, I Want You to Be: On the God of Love, as their featured August title. Originally published in 2016, the University of Notre Dame Press released a paperback edition of the critically acclaimed book in 2019. I Want You to Be…

Read More about Tomáš Halík’s “I Want You to Be” Named U.S. Catholic Book Club Feature 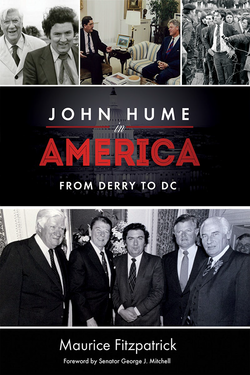 John Hume, recipient of the Nobel Peace Prize for his work in Northern Ireland, died on Aug. 3, 2020. Hume was one of the architects of the 1998 Good Friday Agreement, which ended the violent conflict in Northern Ireland by bringing unionists and Irish republicans into a power-sharing government. The University of Notre Dame Press recently published an important book on Hume's work, John Hume in America: From Derry To DC… 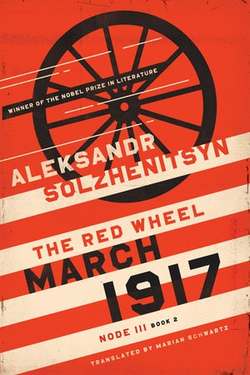 The University of Notre Dame Press is delighted to announce that Nobel prize-winner Aleksandr Solzhenitsyn’s March 1917: The Red Wheel, Node III, Book 2, translated by Marian Schwartz, was one of twenty titles longlisted for the 2020 READ RUSSIA PRIZE…

Read More about "March 1917: The Red Wheel, Node III, Book 2," by Aleksandr Solzhenitsyn, is longlisted for the 2020 READ RUSSIA PRIZE 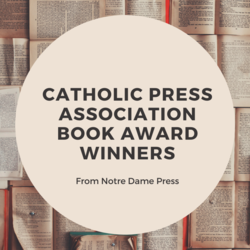 A new grant awarded to the University of Notre Dame Press by the National Endowment for the Humanities (NEH) will provide support to enrich scholarly communication and to offset the impact of the coronavirus on non-profit university press publishing.

Notre Dame Press is committed to maintaining an innovative and sustainable publishing program that makes accessible the ideas of today’s leading experts while fostering the next generation of scholars and thinkers. Through the support of an NEH CARES grant…

The University of Notre Dame Press is proud to announce that four of our titles were selected as Foreword INDIES Book Award winners on June 17, 2020. The awards recognize the best books published in 2019 from small, independent, and university presses. Over 2,100 entries were submitted in 55 categories, with Foreword… 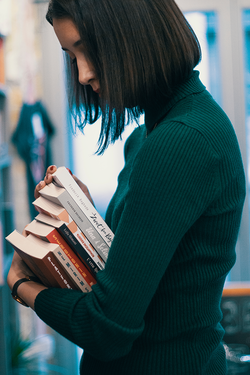 At Notre Dame Press we know how tough it’s been on readers who are practicing COVID-19 social distancing guidelines and have not been able to visit libraries or bookstores to borrow or buy new titles. To that end, the Press is pleased to increase the number of digital books available for free to the Notre Dame community through the Notre Dame Press Collection.… 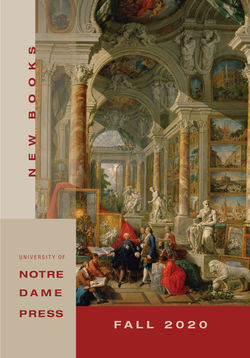 The University of Notre Dame Press is excited to release our Fall 2020 Catalog, featuring 25 new books, on a wide range of subjects, and 3 paperback editions of some of our recently published best-selling titles. Our authors this season include former director of the Mossad Shabtai Shavit… 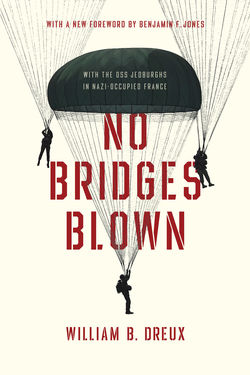 On May 8, 1945, World War II in Europe came to an end when Allied forces formally accepted the unconditional surrender of Germany. This year, we mark the seventy-fifth anniversary of the end of the war and V-E Day.

To commemorate this historic milestone, The University of Notre Dame Press is bringing back in print the military history classic, No Bridges Blown:…

David Bentley Hart, one of America's most eminent contemporary writers on religion, has published a new book titled Theological Territories: A David Bentley Hart Digest. Hart is an Eastern Orthodox scholar of religion, philosophy, and a cultural commentator. He is the author and translator of fifteen books.…

As part of our response to the ongoing COVID-19 pandemic, the University of Notre Dame Press has made content from digital resources freely accessible to assist scholars, students, and educators of higher education, helping to ensure instructors who need to teach remotely have the necessary tools to support their students.… 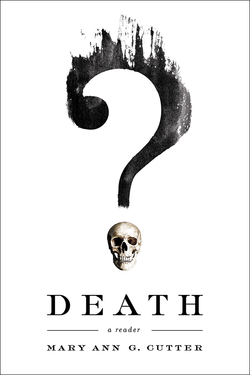 Many of us have been struggling to process the mounting casualties announced on the daily news feed during the coronavirus pandemic. Some of us are even dealing with the death of a loved one. In Death: A Reader, chosen by the U.S. Catholic Book Club…

On March 20, 2020, as part of its mission to discover, review, and share the best books from university and independent publishers, Foreword Reviews announced the finalists for the 2019 INDIES Book of the Year Awards. 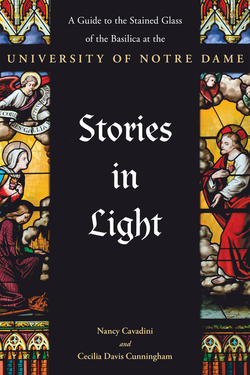 The Basilica of the Sacred Heart at the University of Notre Dame contains one of the largest collections of late nineteenth-century French stained glass outside of France. The French Gothic–inspired church has forty-four large stained glass windows containing two hundred and twenty scenes. Today, more than 100,000 visitors tour the basilica each year to admire its architecture.… 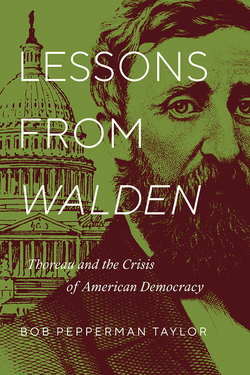 Bob Pepperman Taylor, the Elliott A. Brown Green and Gold Professor of Law, Politics, and Political Behavior at the University of Vermont, has published an important new book titled Lessons from…

The University of Notre Dame Press (UNDP) is delighted to announce that starting March 1, 2020, Combined Academic Publishers (CAP) will be responsible for its distribution, sales, and marketing operation in the UK, Europe, the Middle East, Africa, and Asia Pacific. From this date CAP will replace Eurospan as UNDP’s distributor in these territories, and orders will be supplied by Mare Nostrum Group’s fulfillment and print partner—Marston Book Services.… 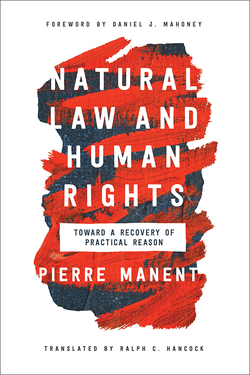 Pierre Manent is one of France's leading political philosophers. This month, the University of Notre Dame Press is proud to publish the first English translation of his profound and strikingly original book La loi naturelle et les droits de l’homme, a reflection on the central question of the Western political tradition. Natural Law and Human Rights…