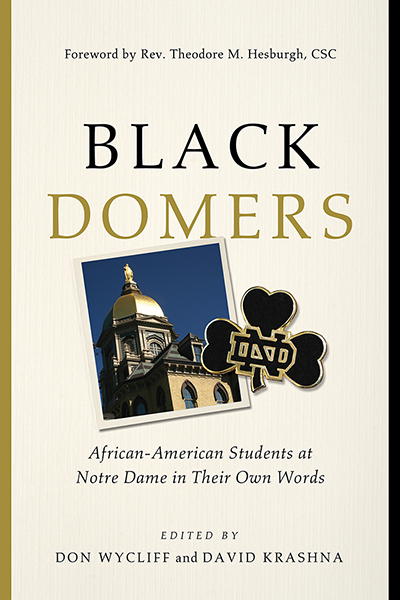 Before World War II the Notre Dame campus was off-limits to young African-American men aspiring to a college education; as a result of the war, the university’s doors were finally opened. In 1957, Congress passed the nation’s first civil rights act since the post-Civil War Reconstruction period. After signing the bill into law, President Dwight Eisenhower tapped Father Theodore Hesburgh, the young president of Notre Dame, to serve as a charter member on the United States Commission on Civil Rights. When Hesburgh took over as president of Notre Dame in 1952, there were fewer than a dozen African-American students; by the end of the 1950s, there were only a few more than that. But progress was being made, according to Father Hesburgh, “through great and deliberate effort,” progress that continues to recent years when, for instance, the incoming freshman class of 2016 was the first at Notre Dame in which one in four members was a student of color.

According to Notre Dame's president Rev. John I. Jenkins. C.S.C., from the book, “Much has changed for the better at Notre Dame since 1944; this collection offers a narrative of that progress. I know it has not been easy. That progress required struggle and sacrifice on the part of many, and mostly from African-American students, faculty, and staff.” Father Jenkins continues, “We must go further and we will. But as we do, we must remember the contributions of so many people over the past seventy years to make Notre Dame a more richly diverse and inclusive place. For this is not a matter of mere numbers; it is, in the words of the Notre Dame diversity statement, a ‘moral and intellectual necessity,’ an affair of the mind and the heart.”