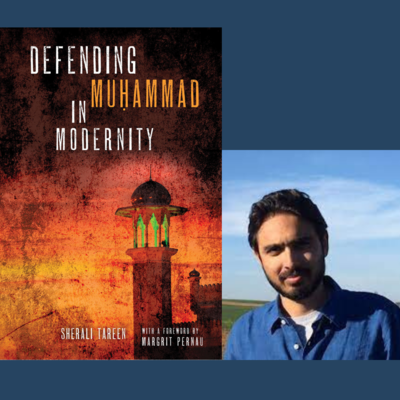 Contending Modernities (CM), based at the University of Notre Dame’s Kroc Institute for International Peace Studies, is a major interdisciplinary effort to generate new knowledge and greater understanding of the ways in which religious and secular forces interact in the modern world. On February 15, 2021, CM launched a book symposium on Defending Muḥammad in Modernity by SherAli Tareen (published by University of Notre Dame Press and winner of the 2020 American Institute of Pakistan Studies Book Prize), calling the book “the most comprehensive and theoretically engaged work to date on what is arguably the most long-running, complex, and contentious dispute in modern Islam: the Barelvī-Deobandī polemic.”  Seven scholars, from the fields of Islamic studies, South Asian history, religious studies, and anthropology, contributed essays to the symposium and Tareen responds to the arguments and critiques raised by the contributors.

In this essay, Jonathan Brown reflects on how the book expands the fields of Islamic and religious studies conceptually and geographically, challenging long-held binaries through the study of two contesting sects which both sought to maintain the vigor and independence of the Muslim community in the “twilight” of the Mughal Empire.

• Theology and the Ironies of History by Ebrahim Moosa, February 16, 2021

Ebrahim Moosa introduces the themes that the authors in this symposium discuss and reflects on the continued significance of the debates Tareen highlights amongst South Asian Muslims and beyond.

In this post, Faisal Devji reflects on Tareen’s analysis of the role sovereignty plays in debates surrounding the status of the Prophet.

• “Holding on to God’s Rope”: Knotting the Adventure of Trace in Tradition by Zunaira Komal, February 19, 2021

In this essay, Zunaira Komal moves us beyond binaries and “neutral” outsider perspectives into the opaqueness and indeterminacy of Islamic inheritance and politics in the modern subcontinent.

Waris Mazhari reflects on the contribution that Tareen’s book makes to the study of South Asian Islam, but also poses the question of whether or not the category of political theology is one that represents the Western importation of a concept alien to Muslim theological contexts.

• The Formation of Religious Identities in Modern Islam: Recounting a Story from Nineteenth-Century South Asia by Ammar Khan Nasir, March 2, 2021

After situating the Barelvī-Deobandī polemic in its historical context, Nasir explores the challenges of negotiating competing Islamic political theologies in the postcolonial context of South Asia.

In this essay, Sohaira Siddiqui highlights Tareen’s focus on the effects of British coloniality on shaping both the nature and the content of Barelvī-Deobandī debates, and reflects on this focus as an example of the decolonial turn in the study of religion.

• Sovereignty and its Afterlives in Muslim South Asia: A Response by SherAli Tareen, March 9, 2021

SherAli Tareen responds to the discussants of the book symposium on Defending Muḥammad in Modernity by centering the questions and paradoxes of sovereignty in the theo-political context of nineteenth-century South Asia.

These essays originally ran in contendingmodernities.nd.edu.