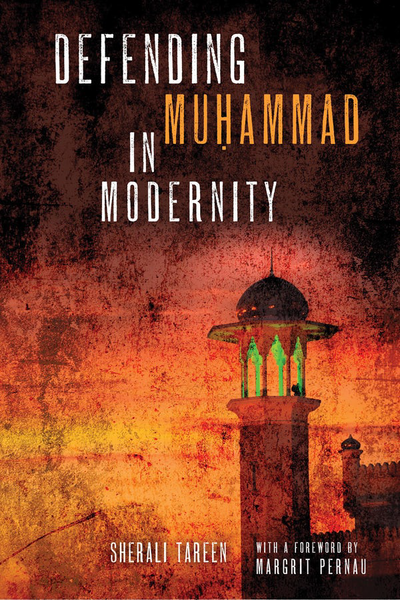 SherAli Tareen's book, Defending Muḥammad in Modernity, received the American Institute of Pakistan Studies 2020 Book Prize on April 28, 2020. The AIPS book prize selection committee called Tareen's study a "sensitive and detailed examination of the debate between the Barelvīs and Deobandīs, a significant dispute in South Asian Sunni Islam since the nineteenth century, which continues to have theological, political, and social consequences for contemporary Pakistan."

This book presents the most comprehensive and theoretically engaged work to date on what is arguably the most long-running, complex, and contentious dispute in modern Islam: the Barelvī-Deobandī polemic. The Barelvī and Deobandī groups are two normative orientations/reform movements with beginnings in colonial South Asia. Almost two hundred years separate the beginnings of this polemic from the present. Its specter, however, continues to haunt the religious sensibilities of postcolonial South Asian Muslims in profound ways, both in the region and in diaspora communities around the world.

The award committee said the book is "rigorously researched and beautifully written, constituting a serious effort toward decolonizing and denationalizing South Asian Islam."

SherAli Tareen is associate professor of religious studies at Franklin and Marshall College. He co-hosts the popular podcast New Books in Islamic Studies that operates online through the New Books Network and features interviews with authors of important new books in the broader field of Islamic Studies.

Defending Muḥammad in Modernity is available in print and numerous digital editions from the University of Notre Dame Press. For more information, contact Kathryn Pitts, pitts.5@nd.edu, 574.210.6155