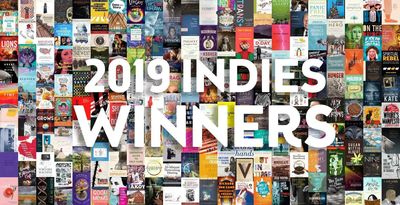 The University of Notre Dame Press is proud to announce that four of our titles were selected as Foreword INDIES Book Award winners on June 17, 2020. The awards recognize the best books published in 2019 from small, independent, and university presses. Over 2,100 entries were submitted in 55 categories, with Foreword’s editors choosing approximately 9 finalists per genre. Those finalists were then delivered to individual librarians and booksellers tasked with picking the Gold, Silver, Bronze, and Honorable Mention winners. Two of our books were selected as the best in their fields and two titles were chosen in the second place position.

Tomáš Halík's inspirational memoir, From the Underground Church to Freedom, received the Gold Award for Religion Books. Halík, an international best-selling author and theologian, shares for the first time the dramatic story of his life as a secretly ordained priest in Communist Czechoslovakia.

Colin Powell: Imperfect Patriot, the captivating and balanced biography of Colin Powell by Jeffrey J. Matthews, received the Gold Award for War and Military Books. This is a compelling, clear-eyed portrait of one of the more magnetic figures in modern American politics.

Sandinistas: A Moral History by Robert J. Sierakowski won the Silver Award for War and Military Books. Sierakowski offers a bold new perspective on the liberation movement that brought the Sandinista National Liberation Front to power in Nicaragua in 1979, overthrowing the longest-running dictatorship in Latin America.

Congratulations to these Notre Dame Press authors for their well-deserved recognition. These titles are certainly some of the best books published in the fields of religion, war and military studies, and history during the previous year.