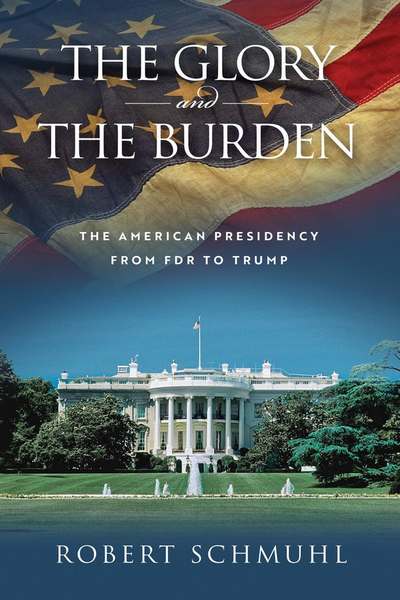 The Glory and the Burden

On September 27, 2019, at 1:30PM, Robert Schmuhl will be at the Hammes Notre Dame Bookstore to sign copies of his new book, The Glory and the Burden: The American Presidency from FDR to Trump. Schmuhl is the author of eight previous books with the University of Notre Dame Press. This book—a timely examination of the state of the American presidency and the forces that have shaped it over the past seventy-five years—is an engrossing read for a general audience, particularly those with an interest in politics, American history, journalism, and communications.

Robert Costa, national political reporter for The Washington Post and moderator of Washington Week on PBS, says, "For much of his life, author and professor Robert Schmuhl has made words dance—for his students, in his many essays, and in his books. He has also danced back and forth between the academic realm and journalism with verve, a keen eye, and prolific publishing. In The Glory and the Burden, Schmuhl offers his ‘summary reflections’ on the critical institution of the presidency, which has animated his writing for decades. It looks at the big picture of how the office has functioned and who wins it. It’s the kind of book that every American should read in the run-up to the next presidential election.”

The book has garnered early attention, including notice on ABC7News and a review in The Irish Catholic.

Or check out our Facebook page for more updates.