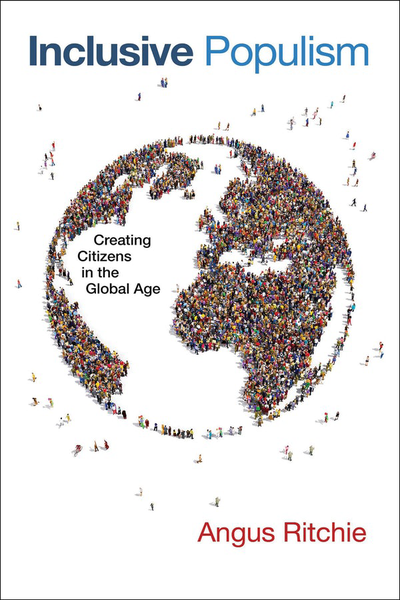 The University of Notre Dame Press is collaborating with the Contending Modernities initiative at the university to launch a new book series. Engaging with multiple disciplines, the Contending Modernities Series seeks to generate new knowledge and greater understanding of the ways religious tradition and secular facts encounter and engage with each other in our modern world. The series is edited by Notre Dame faculty Ebrahim Moosa, Professor of Islamic Studies, Department of History and Kroc Institute for International Peace Studies; Atalia Omer, Associate Professor of Religion, Conflict and Peace Studies; and Scott Appleby, Professor of History and Marilyn Keough Dean, School of Global Affairs.

Stephen Little, acquisitions editor, says, "The interplay between Christianity, Islam and  secularism creates tensions around the globe; how to navigate these tensions in a way that promotes peace, human dignity, and religious freedom is the focus of the Contending Modernities project at Notre Dame. We at Notre Dame Press are pleased to join forces with our colleagues in the program to make its most important work known to the broader community of scholars and to the world."

"The books in the Contending Modernities series," says Scott Appleby, "are based on original research into the fascinating and consequential interactions between religious communities and leaders, on the one hand, and secular professionals and institutions, on the other." He continues to explain, "The books ask: Who defines the common good? How do we give voice to people of faith in the debates about complex issues such as end of life medical care, genetic engineering, the challenges to vibrant democracies, and shifting patterns of community and authority in African and Asian nations? Together and separately, the books in this series will help rewrite the narrative about the surprisingly close partnerships between religious and secular actors in the modern and contemporary era."

Inclusive Populism: Creating Citizens in the Global Age by Angus Ritchie, who heads the Centre for Theology and Community in London, is the first volume in the series. In an era of political upheavals, exemplified by the far-right populism of Donald Trump, Ritchie reveals fundamental flaws in secular liberalism. Ritchie maintains that both liberalism and this “fake populism” resign citizens to an essentially passive role in public life.

Ritchie argues instead for an “inclusive populism,” in which religious and nonreligious identities and institutions are fully represented in the public square, engaging the diverse communities brought together by global migration to build and lead a common life. Drawing on twenty years of experience in action and reflection in East London, Ritchie posits that the practice of community organizing exemplifies a truly inclusive populism, and that it is also reflected in the teaching of Pope Francis.

Inclusive Populism is available in paperback, hardcover, and several digital editions. For more information contact Kathryn Pitts at pitts.5@nd.edu or 574-631-3267.