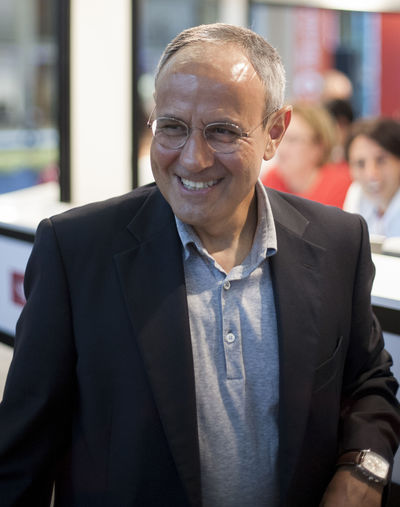 On October 9, Father Julián Carrón, leader of the global ecclesial movement Communion and Liberation, will launch the North American book tour for his recently published volume Disarming Beauty: Essays on Faith, Truth, and Freedom at the University of Notre Dame. The Notre Dame Center for Ethics and Culture is organizing and hosting this event.

Disarming Beauty, which is part of the Catholic Ideas for a Secular World series, has received wide critical acclaim. America magazine called it, “the book Christians should read instead of 'The Benedict Option.'" The National Catholic Reporter said that Disarming Beauty is a “work of evangelization for our time.” Crux conducted a lively interview with Carron at his residence in Milan, Italy.  And the Catholic News Agency says the book examines the plight of our current world and invites Christians to respond—not from a place of fear, but from the joy of their original encounter with the living person of Christ.

The event is free and open to the public.