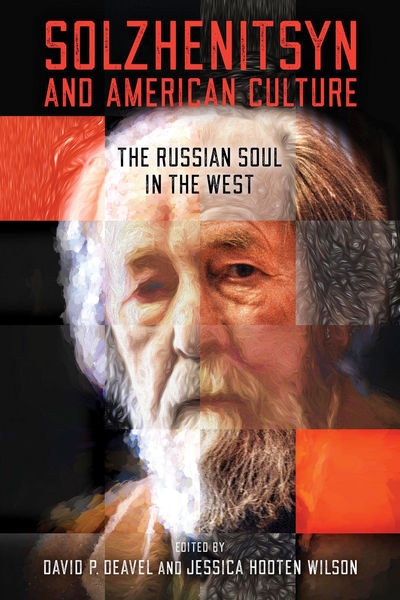 David P. Deavel, visiting assistant professor of Catholic studies and co-director of the Terrence J. Murphy Institute for Catholic Thought, Law, and Public Policy at the University of St. Thomas in St. Paul, Minnesota, and Jessica Hooten Wilson, the Louise Cowan Scholar in Residence at the University of Dallas, have edited a new volume titled, Solzhenitsyn and American Culture: The Russian Soul in the West. This anthology is part of the The Center for Ethics and Culture Solzhenitsyn Series, sponsored by the de Nicola Center for Ethics and Culture at the University of Notre Dame. The contributors reconsider Solzhenitsyn’s work from a variety of perspectives—his faith, his politics, and the influences and context of his literature. The volume reveals how Russia's rich history of culture, religion, and philosophical reflection has influenced American culture. Contributors explore Solzhenitsyn's impact on America, and the last section expands the book's theme and reach by examining the impact of other notable Russian authors, including Pushkin, Dostoevsky, and Gogol.

"Readers will be reminded of his courageous witness, but they will also discern more clearly Solzhenitsyn’s integral relation to Russian literary culture and to writers from the West with whom he bore deep affinities. Solzhenitsyn remains a prophetic intelligence for our time." —Paul J. Contino, co-editor of Bakhtin and Religion

“Solzhenitsyn and American Culture is a superb and coherent collection of essays.” —Lee Congdon, author of The Young Lukács

"In reading Solzhenitsyn and American Culture, the mind is enlightened and honed, the will steeled, and our capacity for admiration exercised and nourished. Thanks to the editors and contributors to this volume, they continue to be Solzhenitsyn’s gifts to his American readers." —Paul Seaton, St. Mary's Seminary and University

"Solzhenitsyn and American Culture will deepen Solzhenitsyn's writings in America, which is sorely needed in our country that has ceased to see the purpose and is increasingly willingly to live by lies. We need the wisdom of Solzhenitsyn's reflections on tyranny, so that we can ascend with him to the true heights of man's greatness, which is only found, as he knew, in our Lord." —Richard M. Reinsch II, founding editor of Law and Liberty

Here is an interview with Jessica Hooten Wilson.

A virtual book launch for Solzhenitsyn and American Culture will take place on October 29, 2020, 7:00PM EST. You can register to attend the event here.

Solzhenitsyn and American Culture is available in print and digital editions from University of Notre Dame Press. We encourage you to buy this book at your local independent bookstore or on our website at undpress.nd.edu. For more information, or a review copy, contact: Kathryn Pitts, pitts.5@nd.edu, 574.631.3267.