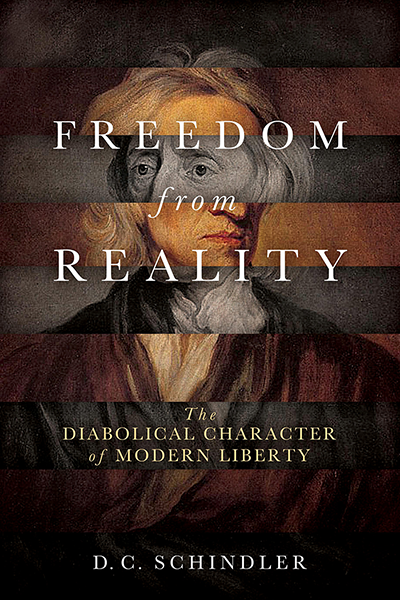 It is commonly observed that behind many of the political and cultural issues that we face today lies an impoverished conception of freedom, which, according to D. C. Schindler, associate professor of metaphysics and anthropology at the John Paul II Institute, we have inherited from the classical liberal tradition without a sufficient awareness of its implications. In Freedom from Reality: The Diabolical Character of Modern Liberty, Schindler presents a critique of the deceptive and ultimately self-subverting character of the modern notion of freedom, retrieving an alternative view through a new interpretation of the ancient tradition. While many have critiqued the inadequacy of identifying freedom with arbitrary choice, this book seeks to penetrate to the metaphysical roots of the modern conception by going back, through an etymological study, to the original sense of freedom.

"This is an incredibly erudite and rigorously argued book. D. C. Schindler's fundamental contribution is the working out of autonomy described as the flight from reality. Nobody has defended this account of the trajectory of modern liberalism more ably than he has. It is a huge and complete accomplishment by one of the most magnificent thinkers of our time." —Peter Lawler, Dana Professor in Government, Berry College

"Schindler’s book is a brilliant tour de force of political and moral reasoning. A most timely and stringent analysis of modernity’s confused and calamitous dissociation of freedom and the good, Schindler’s book will be ranked with similarly intentioned, highly influential works by Polanyi, MacIntyre, and Gadamer." —Thomas Pfau, Alice Mary Baldwin Professor of English and professor of Germanic Languages & Literatures, Duke University

Freedom From Reality is in the Catholic Ideas for a Secular World series edited by O. Carter Sneed, The  William P. and Hazel B. White Director of the Center for Ethics and Culture, professor of law, and concurrent professor of political science at the University of Notre Dame.