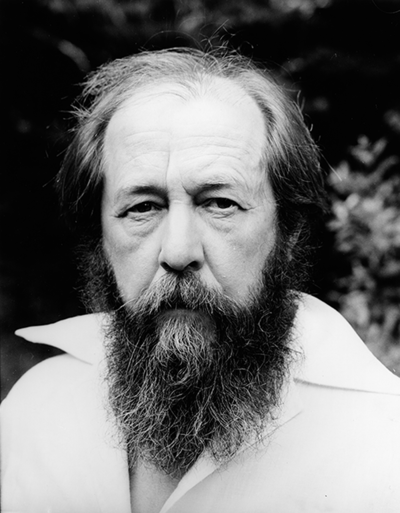 The University of Notre Dame Press is launching a new book series showcasing the writings and continuing influence of Aleksandr Solzhenitsyn (1918–2008), the Nobel Prize–winning novelist and historian. The series, The Center for Ethics and Culture Solzhenitsyn Series, makes available works of Solzhenitsyn, including works not previously translated into English, and aims to provide the leading platform in the West for exploring the many facets of his literary career. In his novels, essays, memoirs, and speeches, Solzhenitsyn exposed the devastating core of totalitarianism and warned against political, economic, and cultural dangers to the human spirit. In addition to publishing his work, this new series features thoughtful writers and commentators who draw inspiration from the Solzhenitsyn canon.

O. Carter Snead, the William P. and Hazel B. White Director of the Center for Ethics and Culture at the University of Notre Dame, says, "Because of the convergence between Solzhenitsyn's deep solicitude for Christianity, the West, human flourishing, the best of the Russian tradition and the mission of the Center, the Solzhenitsyn family selected Notre Dame as the publishing home of Solzhenitsyn's unpublished and untranslated works. We aim to inspire a new generation with his legacy."

The first title to be released in the series is March 1917, Node III, Book 1 of The Red Wheel by Aleksandr Solzhenitsyn, translated by Marian Schwartz. March 1917 tells the story of the beginning of the Russian Revolution in Petrograd, covering five days from March 8 to March 12. It will be followed by English translations of the next three books of March 1917, translated by Marian Schwartz, describing events through March 31, and the two books of April 1917, translated by Clare Kitson and Ron Meyer. Solzhenitsyn’s memoir of his time in the West, Between Two Millstones, translated by Peter Constantine and Clare Kitson, is also scheduled for publication in the series.

Stephen Wrinn, director of the University of Notre Dame Press, says, “We are delighted that the Solzhenitsyn family chose the University of Notre Dame Press to be the publisher for the remaining six volumes of The Red Wheel and for other works untranslated and unpublished in English.  We are working closely with the team of translators, partners across the Notre Dame campus, and scholars around the globe to make these masterpieces of world literature available to an English-reading audience.”