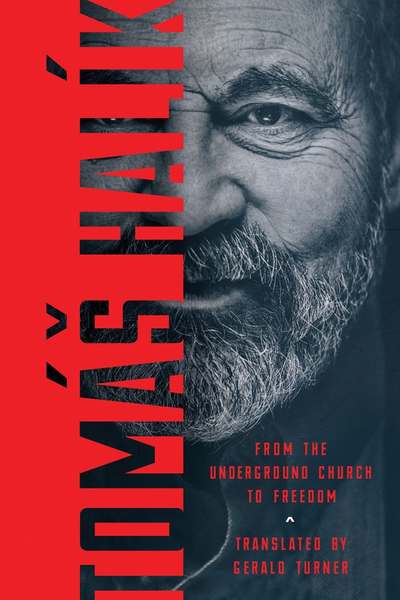 From the Underground Church to Freedom

In his new book, From the Underground Church to Freedom, international best-selling author and theologian Tomáš Halík shares for the first time the dramatic story of his life as a secretly ordained priest in Communist Czechoslovakia. Inspired by Augustine's candid presentation of his own life, Halík writes about his spiritual journey within a framework of philosophical theology; his work has been compared to that of C. S. Lewis, Thomas Merton, and Henri Nouwen. Born in Prague in 1948, Halík spent his childhood under Stalinism. He describes his conversion to Christianity during the time of communist persecution of the church, his secret study of theology, and secret priesthood ordination in East Germany (even his mother was not allowed to know that her son was a priest). Halík speaks candidly of his doubts and crises of faith as well as of his conflicts within the church. He worked as a psychotherapist for over a decade and, at the same time, was active in the underground church and in the dissident movement with the legendary Cardinal Tomášek and Václav Havel, who proposed Halík as his successor to the Czech presidency. Since the fall of the regime, Halík has served as general secretary to the Czech Conference of Bishops and was an advisor to John Paul II and Václav Havel.

Woven throughout Halík’s story is the turbulent history of the church and society in the heart of Europe: the 1968 Prague Spring, the occupation of Czechoslovakia, the self-immolation of his classmate Jan Palach, the “flying university,” the 1989 Velvet Revolution, and the difficult transition from totalitarian communist regime to democracy. Thomas Halík was a direct witness to many of these events, and he provides valuable testimony about the backdrop of political events and personal memories of the key figures of that time. This volume is a must-read for anyone interested in Halík and the church as it was behind the Iron Curtain, as well as in where the church as a whole is headed today.

"An underground Catholic priest and member of the Czech resistance, Halik was important in bringing down the communist regime in that country . . . one has to admire his great courage and contribution to the end of totalitarianism in his country." —Law and Religion Forum

"With eloquent sensitivity, Tomáš Halík, a clandestinely ordained Roman Catholic priest, pulls back the Iron Curtain to illuminate a dark period of Czechoslovakian history. From the Underground Church to Freedom is a memoir enfolded with spiritual wisdom, incisive and frank in its assessment of Halík’s life and of the continuing narrative of the church universal as she has moved into the twenty-first century." —Foreword Reviews (starred review)

"It is possible that Halík is the most thoughtful, learned and interesting Catholic that is widely unknown in the United States today. Hopefully, this book will right that wrong." —America

Tomáš Halík is a Czech Roman Catholic priest, philosopher, theologian, and scholar. He is a professor of sociology at Charles University in Prague, pastor of the Academic Parish by St. Salvator Church in Prague, president of the Czech Christian Academy, and a winner of the Templeton Prize. His books, which are bestsellers in his own country, have been translated into nineteen languages and have received several literary prizes. He is the author of numerous books, including I Want You to Be: On the God of Love (University of Notre Dame Press, 2016, 2019), winner of the Catholic Press Association Book Award in Theology and Foreword Reviews' INDIES Book of the Year Award in Philosophy.

From the Underground Church to Freedom