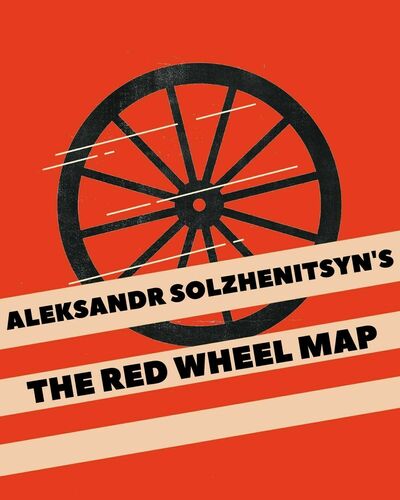 This interactive map is a companion resource to The Red Wheel, Nobel prize-winner Aleksandr Solzhenitsyn’s multivolume epic work about the Russian Revolution in 1917.

Solzhenitsyn tells this story in the form of a meticulously researched historical novel, supplemented by newspaper headlines of the day, fragments of street action, cinematic screenplay, and historical overview. The first two nodes—August 1914 and November 1916—focus on Russia’s crises and recovery, revolutionary terrorism and its suppression, the missed opportunity of Pyotr Stolypin’s reforms, and how the surge of patriotism in August 1914 soured as Russia bled in World War I. This map pairs particularly well with the third node—March 1917, published in its first English translation by Notre Dame Press—which tells the story of the Russian Revolution itself.

The map brings the story to life, allowing the reader to explore the historical landmarks and visualize the Revolution like never before. With this map, readers can view important locations from the books both as they appeared during the Revolution and how they look today with both English and Russian descriptions. Tour Mikhail Nikolaevich's palace and learn the history of Cubat's restaurant during an exploration of 1917 Petrograd and modern-day St. Petersburg.

The Red Wheel has been compared to Tolstoy’s War and Peace, for each work aims to narrate the story of an era in a way that elevates its universal significance. In much the same way as Homer’s Iliad became the representative account of the Greek world and therefore the basis for Greek civilization, these historical epics perform a parallel role for our modern world.

To celebrate the launch of The Red Wheel map, Notre Dame Press is hosting a social media contest, book giveaways, and special discounts for The Red Wheel collection. You can follow and participate on twitter, facebook, and instagram. The goal of the campaign is to educate readers about the Russian Revolution, the literary importance of The Red Wheel, and to increase attention in the three March 1917 volumes.

For more information on the Red Wheel, visit The Aleksandr Solzhenitsyn Center to learn more about Solzhenitsyn’s legacy.

Read reviews on The Red Wheel Books here and here.