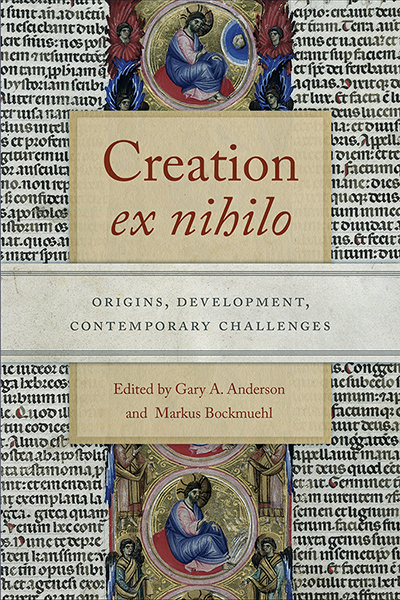 Gary A. Anderson, Hesburgh Professor of Catholic Theology at the University of Notre Dame, and Markus Bockmuehl, Dean Ireland's Professor in the Exegesis of Holy Scripture at the University of Oxford and a Fellow of Keble College, have coedited a new book titled Creation ex nihilo: Origins, Development, Contemporary Challenges. The phrase "creation ex nihilo" refers to the primarily Christian notion of God’s creation of everything from nothing. This book presents the findings of a joint research project at Oxford University and the University of Notre Dame in 2014-2015. The doctrine of creation ex nihilo has met with criticism and revisionary theories in recent years, from the worlds of science, theology, and philosophy. The contributors concentrate on several key areas: the relationship of the doctrine to its purported biblical sources, how the doctrine emerged in the first several centuries of the Common Era, why the doctrine came under heavy criticism in the modern era, how some theologians have responded to the objections, and the relationship of the doctrine to claims of modern science, for example, the fundamental law of physics that matter cannot be created from nothing.

"At least since the late second century, the doctrine of creation out of nothing has been the default position of the church. Largely undisputed, it has not always received the critical attention it merits. Now, through this wide-ranging set of essays from Jewish and Christian scholars, we learn of the richness of the classical notion as it has been developed in different contexts. The fruit of an excellent collaborative project, this collection will prove indispensable for subsequent discussion of the ex nihilo tradition." —David Fergusson, University of Edinburgh