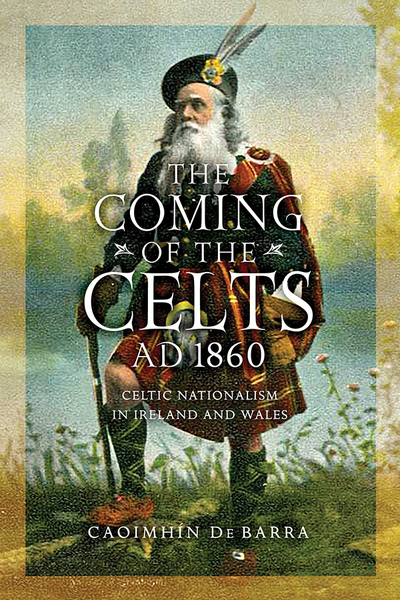 The University of Notre Dame Press is pleased to announce that Caoimhín De Barra's The Coming of the Celts, AD 1860: Celtic Nationalism in Ireland and Wales has been named the 2018 Bronze winner for History by the Foreword INDIES Book of the Year Awards. Caoimhín De Barra is an assistant professor of Irish studies at Gonzaga University.

The Coming of the Celts examines what it means to be Celtic by comparing linguistic, religious, and socioeconomic differences between Wales and Ireland. De Barra follows the development of the Celtic identity from the Pan-Celtic Movement to the Irish Revolution, and the book is the first of its kind to critique what “Celtic” has meant historically. The book has been widely reviewed. Fintan O'Toole, in The New York Review of Books, says, "In his finely researched and lucidly written study, De Barra details the rise, ebb, and flow of the idea of a common Celtic identity linking Ireland and Wales."

Foreword Reviews, a book review journal focusing on independently published books, announced the winners of its INDIES Book of the Year Awards on June 14, 2019. Over 2,000 entries were submitted in 56 categories, with Foreword’s editors choosing approximately 10 finalists per genre. Those finalists were then mailed to individual librarians and booksellers charged with picking the Gold, Silver, and Bronze winners.The INDIES recognize the best books published in 2018 from small, indie, and university presses, as well as self-published authors. You can view all of the winners here: