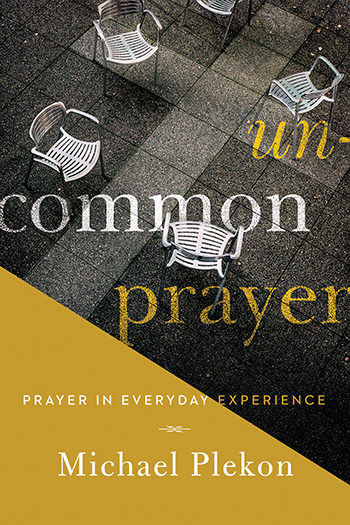 This month, the U.S. Catholic Book Club is reading Uncommon Prayer: Prayer in Everyday Experience by Michael Plekon. Emily Sanna, associate editor of U.S. Catholic says, “Prayer is not just formal, private, or corporate conversations with God, professor and Orthodox priest Michael Plekon believes. It is also what happens when we come together with others to eat, to celebrate, to create, and to confront what we fear. It happens not just in churches but in the forest, in kitchens, and on the streets. To make his point, Plekon’s new book, Uncommon Prayer, brings together the voices of theologians, poets, activists, and contemplatives to show how even the mundane moments of life can be prayerful. . . . Together, Plekon’s chapters are a powerful meditation on the incarnation: God is not in heaven but in and among us.”

Peter C. Phan, Ellacuria Chair of Catholic Social Thought at Georgetown University, calls this book, “a gem of spirituality, and I wish that every believer and even nonbeliever can have the blessing of reading it or, better, praying with it."

Michael Plekon is an ordained priest in the Orthodox Church in America and the author or editor of a number of books, including Hidden Holiness and Saints As They Really Are: Voices of Holiness in Our Time.

To read along with this month’s U.S. Catholic Book Club selection, you can purchase your copy of Uncommon Prayer here.