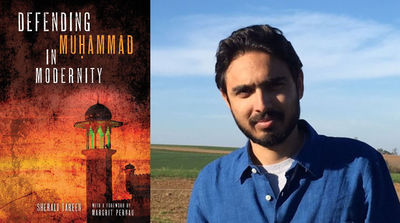 The University of Notre Dame Press is delighted to announce that Defending Muḥammad in Modernity by SherAli Tareen is a Finalist for the American Academy of Religion Award for Excellence, Analytical-Descriptive Studies.

In this groundbreaking work, Tareen, associate professor of religious studies at Franklin and Marshall College, presents the most comprehensive and theoretically engaged work to date on what is arguably the most long-running, complex, and contentious dispute in modern Islam: the Barelvī and Deobandī polemic. The Barelvī and Deobandī groups are two normative orientations/reform movements with beginnings in colonial South Asia. Almost two hundred years separate the beginnings of this polemic from the present. Its specter, however, continues to haunt the religious sensibilities of postcolonial South Asian Muslims in profound ways, both in the region and in diaspora communities around the world.

The 2021 AAR Book Awards recognize “new scholarly publications that make significant contributions to the study of religion. The awards honor books of distinctive originality, intelligence, and creativity, and these titles affect decisively how religion is examined, understood, and interpreted.”

You can learn more about the book at this link. Defending Muḥammad in Modernity has been widely reviewed and received the American Institute of Pakistan Studies 2020 Book Prize on April 28, 2020.

Defending Muḥammad in Modernity is available in paperback and digital editions from University of Notre Dame Press. We encourage you to buy the book at your local independent bookstore either in person or online. For more information about the book, contact: Kathryn Pitts, pitts.5@nd.edu, 574.631.3267.