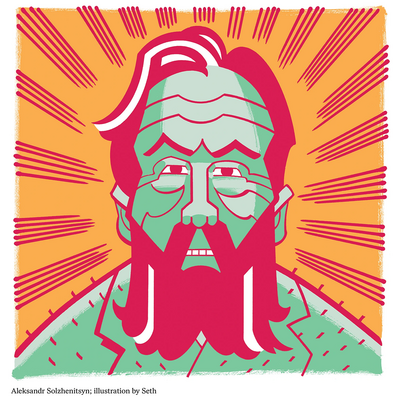 The first English translations of Nobel prize–winner Aleksandr Solzhenitsyn’s books, March 1917: The Red Wheel, Node III, Book 3 (2021) and Between Two Millstones, Book 2 (2020), have been widely discussed in the media, most recently in The New York Review of Books. Literary critic Gary Saul Morson, one of the foremost authorities on Russian literature in the United States, provides a comprehensive review of Solzhenitsyn’s two volumes and of the author’s magnum opus The Red Wheel.

One of the masterpieces of world literature, The Red Wheel is Solzhenitsyn's multivolume epic work about the Russian Revolution told in the form of a historical novel. March 1917—the third node—tells the story, day by day, of the Russian Revolution itself. Until recently, the final two nodes have been unavailable in English. The publication of Book 1 of March 1917 (in 2017) and Book 2 (in 2019) has begun to rectify this situation. The action of Book 3 (out of four) is set during March 16–22, 1917. Morson says, “The third volume of March 1917, now available in an exceptionally fine rendition by Marian Schwartz, is especially riveting.”

In each novel, Solzhenitsyn explores the mentality leading educated people to conform to a prevailing opinion even when it contradicts their most cherished principles. “Despite its relentless focus on political events, The Red Wheel paradoxically instructs that politics is not the most important thing in life,” Morson comments. “To the contrary, the main cause of political horror is the overvaluing of politics itself.”

Between Two Millstones, Book 2, is the second volume of Solzhenitsyn's literary memoirs of his years in the West after his forced exile from the USSR following the publication of The Gulag Archipelago. Book 2 picks up the story of Solzhenitsyn’s remarkable life after the raucous publicity over his 1978 Harvard Address has died down. Morson debunks criticism leveled against Solzhenitsyn, in particular claims that the Nobel laureate was antisemitic. In his review, Morson notes that he was “puzzled to hear that the Bogrov passages were taken as proof by some Western critics of Solzhenitsyn’s hatred of Jews. I knew this novel well and had discerned no anti-Semitism.”

March 1917, Book 3 and Between Two Millstones, Book 2 are published by University of Notre Dame Press. They are part of The Center for Ethics and Culture Solzhenitsyn Series. These and other titles are currently being featured with The Interactive Red Wheel Map promotion.